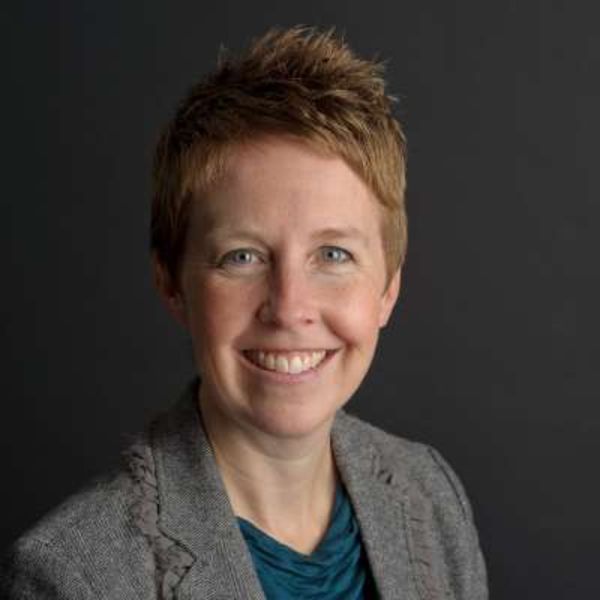 At a time when tens of thousands of California students are being bullied because of their sexual orientation and gender identity, Carolyn Laub empowers youth with the tools and leadership skills they need to create safe campus environments.

School surveys reveal that tens of thousands of California students are bullied each year based on their sexual orientation or gender identity. The targets of such harassment are twice as likely as other students to suffer serious depression and three times as likely to consider suicide.

This tragic trend has a powerful remedy, however. Campus clubs that bring lesbian, gay, bisexual, and transgender (LGBT) students together with straight students to combat bullying have been shown to lead to major improvements in young adults’ mental health and academic achievement. Over the past decade, the number of such clubs in California, based mostly at high schools, has climbed from just 40 to more than 850.

Carolyn Laub, director of the Gay-Straight Alliance Network, deserves much of the credit for that progress. Laub’s organization, which works to reduce violence and discrimination by training youth as advocates, has become the nation’s largest network of youth-led groups for LGBT students.

Laub explains, “These are vital clubs that give youth a safe haven—and an opportunity to be leaders in their communities.”

Laub founded GSA Network in 1998, as a recent college graduate. Today, it supports the efforts of an estimated 12,000 youth each year, 65 percent of whom are students of color. The nonprofit organization helps interested students establish and support campus clubs through leadership trainings and conferences and by providing materials such as toolkits, posters, and fliers.

In recent years, advocates trained by GSA Network have helped pass 10 pioneering laws, including new rules that schools have clear, consistent anti-bullying policies, and that students are informed of their rights.

In addition to its San Francisco headquarters, GSA Network now has busy satellite offices in Los Angeles and Fresno, the latter supporting clubs in 80 schools in the Central Valley. Based on student demand, the network is expanding into other parts of the state and supporting more clubs in middle schools, where harassment begins and can have particularly devastating impacts. Laub also runs a national association for more than 30 similar statewide organizations outside of California.

Emblematic of Laub’s approach was GSA Network’s response to a spate of high-profile suicides of students who had been bullied in the fall of 2010. After an Internet video campaign was launched to implore that “It Gets Better,” if youth could survive their teens, Laub’s network answered with the message, “Make It Better,” giving tools to youth and adults to take action to end bullying in schools.

“The problem is much more complicated than the bully, the kid who is being bullied, and the bystander. We need to address the whole school climate,” says Laub.

Laub opposes anti-bullying policies that focus exclusively on punishing the bully, arguing that it’s both more compassionate and effective to use strategies such as education, peer mediation, and “restorative justice,” in which the bullies make amends.

The problem is much more complicated than the bully, the kid who is being bullied and the bystander. We need to address the whole school climate.

Laub, who came out as bisexual in college, says she herself was lucky to have escaped being bullied during her years in public school. “School worked for me,” she says, “so I have some insight into how school could be for people if they feel safe and accepted.”

For her influential work to combat bullying based on sexual orientation and gender identity, Carolyn Laub is a recipient of a 2012 James Irvine Foundation Leadership Award.

Carolyn left the Gay-Straight Alliance Network in 2014. She currently works as an independent consultant with organizations such as Public Equity Group and Wonder: Strategies for Good.