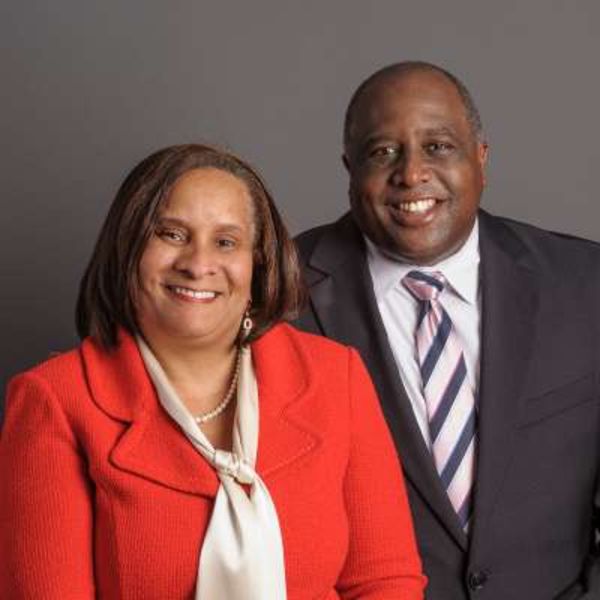 Substantially improving the academic achievement and health of South Los Angeles youth through a set of tailored programs provided with business and community partners.

Within the 70 square miles of South Los Angeles, more than a million people live in poverty, and children growing up in this area often face numerous obstacles that diminish their chances to grow into healthy, educated adults.

Charisse Bremond Weaver and George Weaver have a plan to defy the odds, one young person at a time. Their organization, The Brotherhood Crusade, was founded by CEO Charisse Bremond Weaver’s father in 1968. Its focus since 2005 has been supporting the development of more than 2,000 local youth, ages 9 to 21. After performing a comprehensive individual assessment, Program Director George Weaver and his team develop a personalized plan for each young person that draws on more than 20 programs to foster personal growth and development.

We have shown that we can change the life of a young person who is involved in a gang or other problems at school, at home or with the law — for a fraction of the cost of incarceration.

The programs include mentoring, remedial academics, hands-on science and technology training, theater, soccer, and golf. Such opportunities are made possible through a network of champions, collaborators, and sponsors that the Weavers cultivate among Brotherhood Crusade alumni, local community groups, major foundations, Hollywood celebrities, and corporate partners.

“If we don’t know the answers, we have a partner who can help,” said Charisse Bremond Weaver. “We make it clear to young people that this community of partners is not going to give up on them. That’s the starting point for change.”

The Weavers have measured outcomes and fine-tuned their programming along the way. Results include three-fold improvements in math, English language arts, and science scores on California Standardized Tests among participants. More than 87 percent of the 950 young people monitored during fall of 2012 in their Soccer for Success program reduced their body mass, and 99 percent improved their aerobic capacity.

“We have shown that we can change the life of a young person who is involved in a gang or other problems at school, at home, or with the law — for a fraction of the cost of incarceration,” said George Weaver.

The Weavers are active in The California Endowment “Sons & Brothers” campaign as well as the Alliance for Boys and Men of Color, which seeks policy reforms to improve the life chances of young men of color across the state. With other collaborators, The Brotherhood Crusade helped the Los Angeles Unified School District adopt a school climate bill of rights, which eliminates willful defiance as a reason for suspension from school. For drawing on community strengths to improve outcomes for at-risk youth, Charisse Bremond Weaver and George Weaver are recipients of a 2014 James Irvine Foundation Leadership Award.