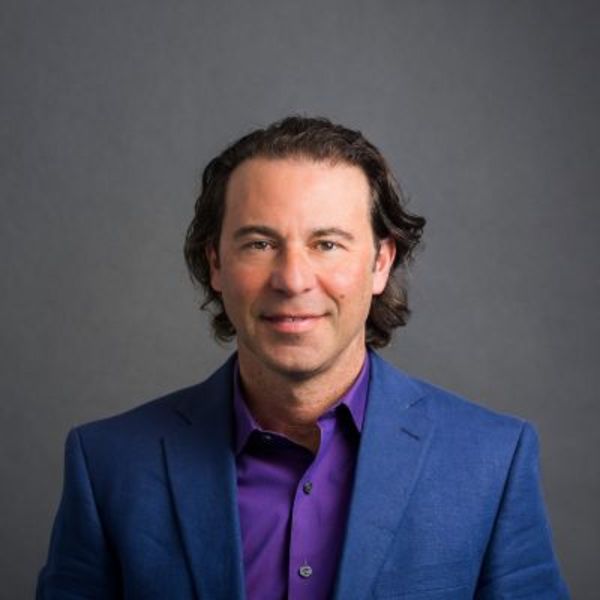 As founder of the Center for Vulnerable Populations at San Francisco General Hospital, Schillinger has a track record of health innovations. He created a multilingual telephone self-care system for diabetes. He also elevated the importance of making sure that low-income patients have a primary care doctor — dramatically reducing hospitalizations. Today, he’s developing a curriculum program to improve communication between clinicians and patients who lack health literacy.

While these approaches proved effective for individual patients, Schillinger went deeper: “As a doctor, when you see more people in your waiting room each year with the same problem, you realize that you’re not dealing with the bigger picture,” he says. “I felt we needed to increase the public’s health literacy around the root causes of diabetes.”

By telling their stories, young people are dramatically changing the conversation about diabetes — away from shaming and blaming individuals — to the changes we need to make as a society.

As former Chief of Diabetes Prevention and Control for the State of California, he determined that more than three million people in the state have Type 2 diabetes. An estimated nine million have pre-diabetes, with half of this group expected to develop the disease within 10 years. The risk is nearly double among African Americans, Latinos, and Asians — and growing fast among youth in California. One in four teens has diabetes or pre-diabetes. Experts attribute this to unhealthy food and beverage systems, and norms that promote sedentary living. 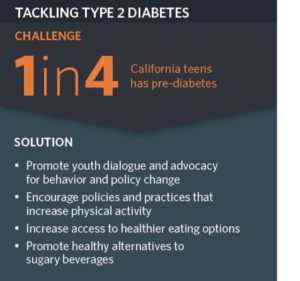 Inspired by successful public health responses to AIDS and teen smoking, Schillinger cofounded “The Bigger Picture Campaign”  in partnership with the nonprofit youth development group, Youth Speaks. The campaign pairs disadvantaged teens with mentors to develop poetry on Type 2 diabetes as a social justice issue affecting their quality of life and their collective future.

These young poets have performed for more than 5,000 students at public schools in the San Francisco Bay Area. They have created 25 public service videos with more than one million views. Three county health departments now use them to connect with young people on the value of reducing sugary drink consumption. “By telling their stories, young people are dramatically changing the conversation about diabetes — away from shaming and blaming individuals — to the changes we need to make as a society,” says Schillinger.

Dr. Schillinger currently co-chairs the diabetes prevention committee of the National Clinical Care Commission, a Congressionally-commissioned group that will provide recommendations in 2021 for how federal agencies can be better leveraged to prevent and control diabetes. The work he completed as part of his Irvine Leadership Award was recently featured in the PBS documentary, Blood Sugar Rising.