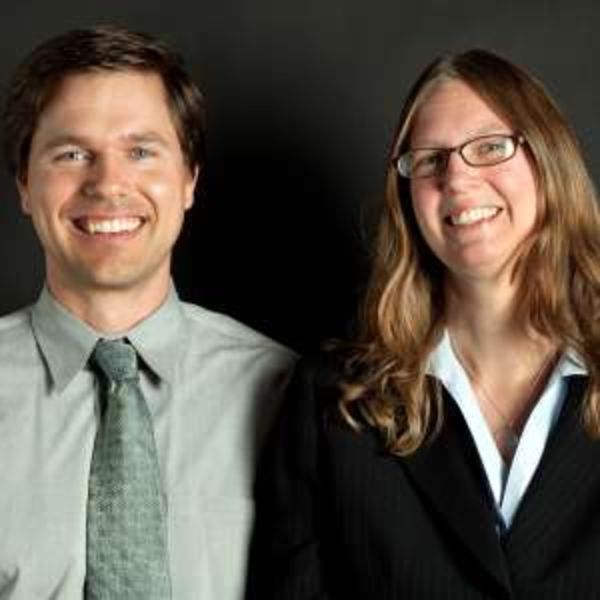 Erica Mackie and Tim Sears have developed an effective model for expanding renewable energy that ensures low-income communities have access to affordable solar power as well as green jobs.

California’s low-income homeowners could easily lose out in the state’s race for green energy. They spend more of their earnings on electricity than more affluent residents, but lack the capital to cut those costs with energy-efficiency upgrades and solar panels.

Erica Mackie and Tim Sears recognized this problem and were determined to solve it. In 2003, the two longtime friends and mechanical engineers quit their corporate day jobs to start a new nonprofit called GRID Alternatives. So far, they’ve helped more than 400 California households become users of renewable energy and dramatically reduce their electricity bills in the process.

The group scouts out homes in low-income communities that have rooftops receiving enough sunlight to benefit from solar power. If the homeowners are willing, they can first receive a free energy audit, which often leads to considerable initial savings. Then, GRID Alternatives, a licensed contractor, along with a group of volunteers, installs the solar panels.

“Our vision has always been that low-income families should have access to renewable power,” Mackie explains. Mackie describes the installation as a “barn raising,” since it usually involves the homeowner, neighbors, and people who sign up for on-the-job training. On the same rooftop, you might see an environmental activist worried about climate change, an affordable housing advocate, a job trainee learning a green-industry trade, and a homeowner who just wants lower electricity bills.

The installation is usually free to the homeowner. Most of the costs are paid for by state incentives for green energy. GRID Alternatives defrays the remaining expenses through grants and discounts on equipment from corporate sponsors. It also benefits from contributions in time and services from volunteers.

Once the panels are installed, clients can reduce their monthly electricity bills by 75 percent or more. The systems installed to date will save more than $8 million over the life of the equipment and avoid more than 38,000 tons of greenhouse gas emissions. At the same time, GRID Alternatives has helped train nearly 4,000 volunteers, including many low-income residents interested in green jobs.

“Solar installations save money for low-income families, and they’re good for the environment,” Sears says.

Our vision has always been that low-income families should have access to renewable power.

Much of GRID Alternatives’ rapid growth owes to Mackie and Sears’ skill in forging strategic partnerships. For example, they’ve joined with the Pacific Gas and Electric Company and Habitat for Humanity to make solar power a standard feature on all new Habitat homes in PG&E’s service area.

GRID Alternatives is in the midst of a major expansion, having recently been selected by the California Public Utilities Commission as the statewide manager for California’s Single-family Affordable Solar Homes program. This program, the first of its kind in the nation, will help install solar panels for as many as 7,000 low-income households around the state by 2016, greatly expanding the number of disadvantaged Californians who will benefit from renewable energy.

For their creativity and commitment to expanding solar power while ensuring low-income communities reap economic and environmental benefits, Erica Mackie and Tim Sears are recipients of a 2010 James Irvine Foundation Leadership Award.