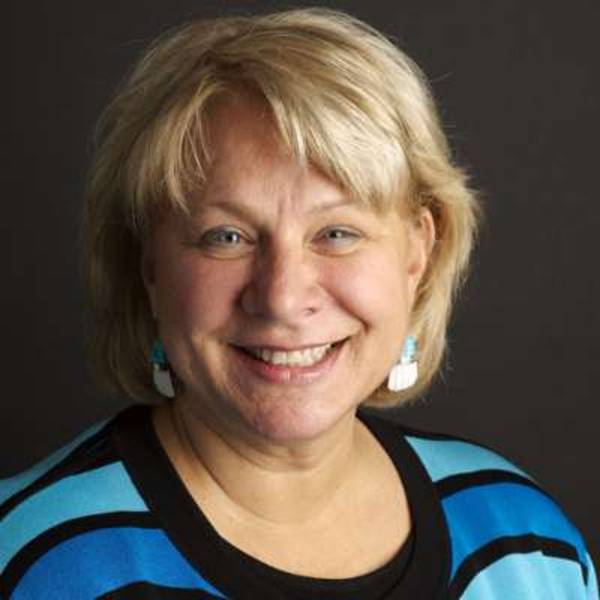 As the new president and CEO of the Jacobs Family Foundation and Jacobs Center for Neighborhood Innovation, Jennifer Vanica faced a daunting challenge in 1997.

The challenge: Create a framework by which the residents of a blighted southeastern San Diego neighborhood — home to 88,000 people, 42 gangs, and no chain grocery store — could transform where and how they lived.

Building on her shared vision with the family of Joe and Vi Jacobs for resident-led neighborhood transformation, Vanica and her staff engaged the community in turning a vacant, 20-acre industrial lot into a thriving commercial and cultural plaza. A resident team canvassed the neighborhood to identify which types of businesses were needed by the community. From 1997 to 2005, more than 3,000 residents participated in teams to plan, design, build, and lease Market Creek Plaza, finding solutions together.

And they invested in the venture themselves. Vanica worked with a team of residents, staff, and attorneys to develop the nation’s first Community-Development Initial Public Offering. No mechanism existed at the time for transferring ownership specifically to local residents. It took Vanica and the residents six years and three submissions to the California Department of Corporations to win the right to launch the groundbreaking CD-IPO.

Vanica explains, “We are adapting the tools of capitalism to make social change work.”

We can’t decide for other people what they need. It’s amazing what happens when you get people in a room together and let them decide what’s relevant to their lives.

Once launched, hundreds of residents responded to the opportunity to invest in the plaza, which attracted 11 businesses to the neighborhood, including a bank, restaurants, and the first major chain grocery store in 30 years. Residents could invest as little as $200 or up to $10,000. Residents reached the maximum $500,000 investment, and now 416 residents own 20 percent of the plaza. A community-based foundation also owns 20 percent. Since the close of the offering in 2007, investors have received a full 10 percent annual return on their investment.

The effect of Market Creek Plaza on the community has been remarkable. More than 500 jobs have been created, and millions of dollars have been reinvested into the community. Crime is down 23 percent, and the gangs have declared Market Creek neutral territory. Transit ridership is up 71 percent. For Vanica, this is just the beginning. Currently, she and her staff are supporting 35 working groups developing more than a dozen new projects, including a walkable, livable cultural “village” with affordable housing; new retail, office and light industrial space; and a network of community resources to enhance capacity-building and training for those who live there.

“We can’t decide for other people what they need. It’s amazing what happens when you get people in a room together and let them decide what’s relevant to their lives,” explains Vanica.

For her ingenuity and relentlessness in unleashing the power within a community to create its own economic opportunities, Jennifer Vanica is a recipient of a 2009 James Irvine Foundation Leadership Award.

Jennifer left the Jacobs Center in 2011. In 2018, she published an in-depth case story on her two decades working as a partner in resident-owned community change. The book, “Courageous Philanthropy: Going Public in a Closely Held World,” chronicles lessons learned in the effort to shift fundamental control over both decisions and assets to the local residents foundations seek to serve.