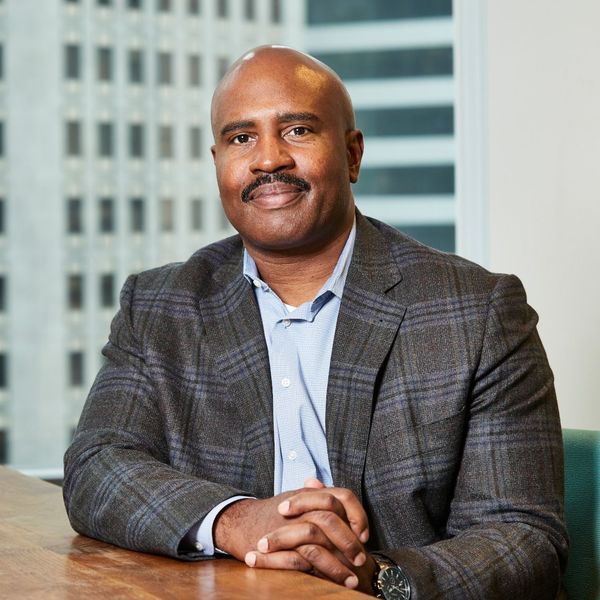 Transforming the parole process through healing and accountability

Keith Wattley knows firsthand how effective counseling can stop someone from harming themselves or others. His family has endured the pain of unresolved trauma: His oldest sister blamed herself when another sibling was accidentally killed by a car when they were children. Without therapy to make sense of it all, her resulting drug addiction contributed to roughly 20 years behind bars, impacting multiple generations of the family.
While prison offered punishment, it didn’t offer counseling to understand and heal from her experiences. Her story mirrors countless others who are incarcerated today.

Wattley founded UnCommon Law as an advocate for people incarcerated for serious and violent crimes. He believes they deserve an opportunity to heal from their own trauma while taking accountability for their actions. He rejects the notion that some people are incapable of change. Rather, he says, “healing should be recognized as a fundamental human right.” This pioneering perspective comes as the nation rethinks the cost and effectiveness of its prison systems, and his work earned him recognition in the inaugural class of Obama Foundation Fellows in 2018.

“Prisons were built as punitive warehouses, so incarcerated people don’t receive the support they need to heal and create new lives for themselves and their families,” Wattley said. “Community-based organizations like ours are filling a critical gap in the system.” Some 90% of women and 70% of men in our prisons experienced physical, sexual, or emotional abuse – typically in childhood. UnCommon Law’s counselors and attorneys help their clients understand how those traumatic events contributed to their crimes. They develop emotional intelligence, communication skills, and coping strategies that were lacking at the time of their crimes.

Most people released from prison are re-incarcerated roughly 65% of the time. However, people serving life sentences – 35,000 in California alone – are only released if the parole board is satisfied they are accountable for their actions and have undergone the transformation Wattley describes. Not only is their recidivism rate below 1%, but many are engaged in mentoring and other violence-prevention roles in the community. The organization has seen 241 of its clients released, saving taxpayers more than $19 million every single year those clients remain free.

Prisons were built as punitive warehouses, so incarcerated people don’t receive the support they need to heal and create new lives for themselves and their families. Community-based organizations like ours are filling a critical gap in the system.

In 2020, UnCommon Law is launching a pilot program to train and employ people who are currently and formerly incarcerated to provide counseling in prisons and help end cycles of trauma and violence inside prisons and in the community. Wattley’s ambitious goal is to reach all 35,000 people whose release from prison depends on the parole board.