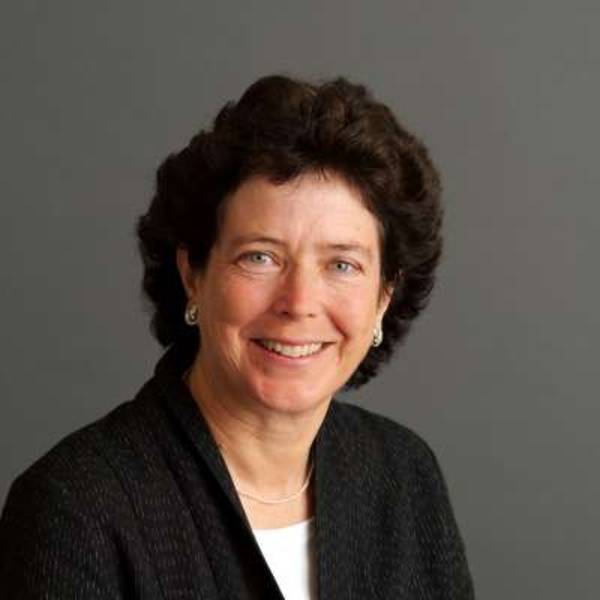 With some of the most productive forests and tallest trees in the world, California’s forests are more than just a picture postcard.

These long-term environmental benefits have never had much value in any traditional economic sense. Instead, market forces have worked the other way, driving the loss of nearly 40 percent of California’s original forests since the first European settlements. But now that is changing, thanks in large measure to Laurie Wayburn and the organization she has led for more than 15 years.

The driving force is figuring out how people can have a more sustainable relationship with the environment, and that means recognizing the important economic work that nature does and paying for it.

As president of Pacific Forest Trust (PFT), Wayburn has pioneered a new economic model for forest conservation, one that utilizes market forces to reward forest landowners for managing their lands sustainably.

California has a long history of antagonism between environmentalists and timber companies, but when Wayburn cofounded the organization with Connie Best in 1993, she saw a need to work cooperatively with private landowners, who control roughly half of California’s remaining forests.

“Everybody believes that sustaining forests is key to fighting climate change,” Wayburn explains. “The question is how do you do it, and California is uniquely situated to answer that question.”

In a team effort with Best, Wayburn created the first conservation easements on working forests — deals in which landowners receive financial incentives and tax breaks for keeping their forests as forests and managing them sustainably. Once considered too complex, this approach now protects millions of forested acres around the country.

Wayburn also led the development of legislation, incentives, and protocols for including forests in climate change policies in California. The protocols provide a way to measure how forests absorb and sequester carbon dioxide, the chief culprit in the warming of our atmosphere. When California adopted the protocols as part of its pioneering climate change law, the state became the first in the world to explicitly include the mitigating benefits of forests.

In practical terms, the protocols mean that forest landowners can be compensated for conservation projects on their property, such as restoring forests, conserving them, and allowing them to grow older. These projects generate carbon emission reduction credits that can be sold on the market to companies that need to offset their own emissions.

“For me,” Wayburn explains, “the driving force is figuring out how people can have a more sustainable relationship with the environment, and that means recognizing the important economic work that nature does and paying for it.”

The real test of this approach will come in 2012, when California’s mandatory emissions-reduction law goes into effect. But already PFT’s framework is yielding important results. An investment firm recently purchased a half-million dollars worth of emission credits created by PFT’s Van Eck Forest Project in Humboldt County. The high price generated a flood of interest from other private landowners and demonstrated the potential for this new economic model to play a major role in forest conservation.

For her innovative and collaborative approach to conserving California’s natural resources, Laurie Wayburn is a recipient of a 2008 James Irvine Foundation Leadership Award.