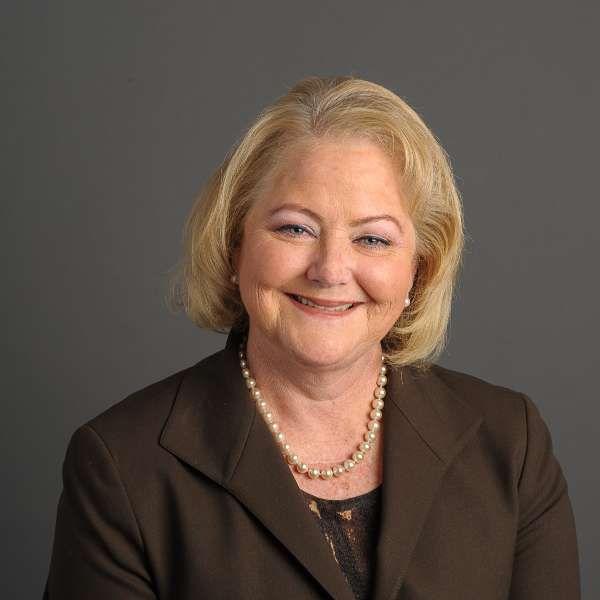 Commercial sex trafficking affects thousands of children and young adults in California. Historically, exploited children have been arrested by law enforcement for commercial, sex-related criminal conduct and often prosecuted in juvenile court. Traffickers and those purchasing children for sex are rarely held accountable.

After witnessing a dramatic increase in cases of exploited youth in the City of Oakland, Nancy O’Malley, District Attorney of Alameda County, created a program that shifts law enforcement’s approach to the issue — treating exploited minors as victims rather than criminal offenders.

Victims of child abuse deserve our protection. And their adult exploiters — who take all the money and commit all the violence — must be held to account.

In 2005, she created the Human Exploitation and Trafficking (H.E.A.T.) Watch program, the first of its kind in California and the first to operate within a public prosecution office in the United States. H.E.A.T. Watch brings prosecutors, investigators and victims’ advocates together to address the needs of those who have been exploited, while working to ensure their exploiters are prosecuted to the full extent of the law. H.E.A.T. Watch also engages policymakers and communities to help end child sex trafficking.

“People tend to look at and judge the person most visible to them — the child on the street engaging in commercial sex — and not see the adult trafficker or purchaser behind the scenes,” Nancy O’Malley says.

Her approach links exploited children to a network of social and safety services that helps them escape from their traffickers, recover from physical or emotional wounds, and for some, start their lives over. Her program also reaches out to professionals working in criminal justice, social services, healthcare and education — helping them understand the signs of child trafficking, report possible abuse and provide effective interventions.

As of 2012, the Alameda County District Attorney’s Office had prosecuted 46 percent of all human trafficking cases in California.

O’Malley sees the need to do more. “We need a meaningful and substantive dialogue among law enforcement, public welfare, juvenile justice and other leaders to chart a course for how California’s public systems should best handle and care for victims of human trafficking and abuse,” she says.

“By coming together, working collaboratively and providing a comprehensive response, we will save lives and we will be more effective at preventing child sex trafficking from happening.” 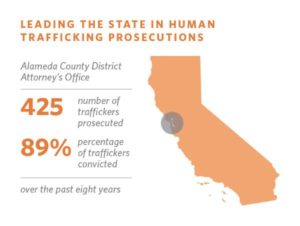 In 2016, Nancy launched the Human Exploitation And Trafficking (H.E.A.T.) Institute which provides research and resources to help California communities combat trafficking and provide care for individuals who have been trafficked. These include hospital-based protocols to identify and respond to patients who may be victims of trafficking and a statewide law enforcement protocol response to human trafficking.